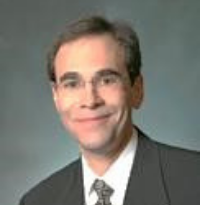 Steve Bressler graduated from Duke University with a public policy degree and later graduated from the University of Arizona College of Law, where he was an executive editor on the Arizona Law Review. Currently, Steve is a partner in the southwestern law firm of Lewis Roca Rothgerber. He specializes in insurance coverage and products liability litigation. He will be the Chair-Elect of the American Bar Association’s Tort and Insurance Practice Section’s Health and Disability Insurance Law Committee. For his work representing E.I. DuPont de Nemours & Co in over 1600 Teflon® products liability cases, he received the Gold Eagle Award. The award is the highest honor given by DuPont and was only the second time in the company’s history that the award had been presented to outside counsel.

Steve and his family have been members of CBI for several years. He is currently enrolled in the Florence Melton School of Adult Jewish Learning. He has participated in the CBI Adult Leadership Development class, the Adult B’nei Mitzvah class and is a regular attendee of the Chevrah Torah Study. He has served on the Youth Director Search Committee, Youth Engagement Committee, Sanctuary Renovation Committee and Budget Committee. He has also served as a mentor in the B’nei Mitzvah program.

Steve served as President of the Arizona Region of the Arizona Jewish Committee for three years. Before becoming President, he ran the AJC’s annual Judge Learned Hand Awards program for six years, was responsible for the AJC’s outreach programs with the Mormon community, and served on both AJC Arizona’s board of directors and executive committee. He continues to be involved to this day. Steve also enjoys sports and was a basketball coach at the Rosenzweig Boys & Girls Club for 8 years. Steve also serves on the Jewish Community Association of Greater Phoenix’s Community Planning Commission.