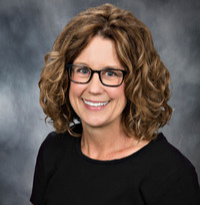 Stacy has served as the Religious School Director at Congregation Beth Israel in Scottsdale, Arizona since 2007. She grew up in Tucson, Arizona and is a graduate of the University of Arizona. In 2013, she earned her Master in Religious Education from Hebrew Union College – Jewish Institute of Religion, where she was part of the inaugural Cohort of the Executive Masters’ program. In July of that same year, Stacy also earned the title of Reform Jewish Educator (R.J.E).

In addition to serving as the Director of the Haberkorn Religious School, Stacy co-created and oversees Ma’ayan, CBI’s own educational program for 8th – 12th graders. Stacy currently serves on the board of directors of the Association of Reform Jewish Educators(A.R.J.E.) and was a presenter at the Union for Reform Judaism (URJ) Biennial in 2013. Stacy is a graduate of the Anti-Defamation League’s (ADL) Glass Leadership Institute. She and her husband, Greg, are the proud parents of Alex, Benjamin and Annie.