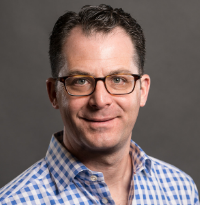 William Koslow is a transactional attorney who specializes in corporate, commercial real estate and finance matters.  Additionally, he holds a real estate broker’s license in Arizona.

He began his career practicing law in New York City before moving back to Arizona in 2008 with his wife Emily.  William is an active participant in the Congregation Beth Israel community, including sitting on the Preschool Director Search Committee.  William, Emily, and their two children, Ethan and Sydney, regularly attend CBI, Chanen Preschool and Haberkorn Religious School activities and have been regular attendees of Family Camp at Camp Stein.

William is enthusiastic about the opportunity to become more involved in the congregation, expanding on the already incredible growth and success of CBI and the larger Jewish community in Arizona.