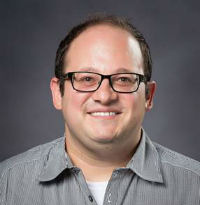 Jason Bronowitz is completing his rabbinical studies at Hebrew Union College-Jewish Institute of Religion, along with doctorates in Biblical Hebrew and Jewish Studies. Jason has been part of the CBI community since 2007, as a religious school teacher, the Reynolds Family Rabbinic Intern, and now, Principal of Religious School + Youth. He has been part of CBI’s Camp Daisy and Harry Stein team since 2010, as Director of Jewish Life and Big Trip Director. Jason has brought hundreds of teens and young adults to Israel, leading over 25 trips for Camp Stein and Birthright, as well as engineering and business students. He has served as student rabbi in Grand Junction, Colorado and Be’er Sheva, Israel and as rabbinic intern at ASU Hillel.

Jason has taught engineering and statistics at Arizona State University since 2007, serving as chair of entrepreneurship departments at the W. P. Carey School of Business and the Ira A. Fulton Schools of Engineering, and as founding director of ASU Online, and has taught Jewish history at the University of Southern California. He launched and directed ASU’s entrepreneurship consulting group, funded by JPMorgan Chase, leading consulting projects for over 30 small businesses per year and ASU’s Social Innovation Lab, together with Intel. Prior to moving to Arizona, Jason worked in economic development and academic advising at Binghamton University.