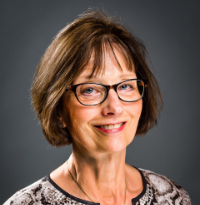 Carol attended the University of Vermont, where she met her husband Dan. She later, attended school in Philadelphia where she graduated from the Philadelphia College of Pharmacy and Science.  Carol and Dan have three sons and one grandson.

In 1996, Dan and Carol moved to Scottsdale and joined CBI in 1997. Carol has been the Library Director since 2000 and became the Museum Director in 2007. She is also a Past President of CBI.  Her favorite hobby is knitting, which she uses to make blankets for the baby baskets ready to be delivered to CBI’s newborn members.